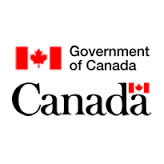 SARNIA, Ont. — Almost 20 years after a deadly confrontation between natives and police at Ontario’s Ipperwash Provincial Park, the federal government is offering to pay a $95-million settlement and return Camp Ipperwash — a military training site adjacent to the park — to the natives from whom it was expropriated during the Second World War.

The 56-hectare park and adjacent camp at the southern end of Lake Huron were the site of a 1995 native occupation that resulted in the death of Dudley George, an unarmed native protester who was shot and killed by a member of the Ontario Provincial Police.

A government inquiry into George’s death was conducted in 2003, and an officer was convicted of criminal negligence causing death, although he served no time in custody.

The Sarnia Observer reports that members of the Chippewas of Kettle & Stony Point First Nation will begin a ratification vote on the historic deal next week.

For Marshall George, a cousin of Dudley George, the deal — if ratified — will be more than just a financial boost and an opportunity for economic development for his community.

Mike Weaver/Postmedia News/FileA group of aboriginals involved in the occupation of Ipperwash Provincial Park in 1995 gesture angrily towards a Department of Natural Resources helicopter.
“After the war, (the federal government) said the land would be returned, but it wasn’t until those boys moved into the (former army) base that the government started to recognize, ‘Hey, we need to give these guys back their land,’ ” said George, a band councillor with the first nation.

“It’s been a long hard battle for the people — not only the chiefs and councils — but there’s a lot of elders and other people who pressured the government.”

About $20 million from the proposed settlement would compensate original residents of the Stony Point land or their ancestors, as well as eligible band members.

George said he believes most band members are supportive of the proposed deal.

“We could vote as a people and say no, but it would take another 25 to 30 years to renegotiate something,” he said. “Everyone wants more money, look for a better deal, but the thing is, there was a lot of time and effort put into it by the administration and by the past chief and councils to come to the point where it is now.”

“I think it’s the very best deal we’re going to get. We get the land back and we’ll have to make it go from there.”

The return of the provincial park, reputed to be the site of a native burial site, has long been promised to the first nation.

Mike Weaver/Postmedia News/FileThe blockade to the entrance to Ipperwash Beach in 1995, near where a Dudley George was shot by police.
Earlier this year, Kettle and Stony Point Chief Tom Bressette told The Observer a cultural centre is planned for the parkland. A three-storey hotel and a conference centre are also potential projects.

The chief could not be reached for comment Friday.

Plans for the Camp Ipperwash lands have yet to be finalized, but George said he expects there will be more housing and commercial development.

About $70 million of the financial settlement will be put into a fund for community development projects, he said.

Construction, however, cannot begin until an environmental assessment and massive cleanup are conducted.

“The cleanup will take quite a lengthy period of time because there’s buried, unexploded ordinances and other things that may jeopardize the health of anyone,” he explained.