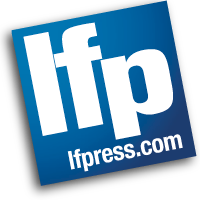 SARNIA – Twenty years after it became the deadly flashpoint of a showdown between police and natives, federal officials have offered to pay a $95-million settlement and return Camp Ipperwash to the Chippewas of Kettle & Stony Point, Postmedia has learned.

As the anniversary of the infamous standoff that killed native protester Dudley George looms, members of the First Nation are set to vote on the proposal that could end a land claim dating back to the Second World War.

The First Nation community, located near Sarnia, will start voting next week on ratifying the deal — though several people close to the process doubt the offer would settle divisiveness within the band.

Voting will end Sept. 18 — or 12 days after the 20th anniversary of the death of George, who was killed by Ontario Provincial Police officer Kenneth Deane in a shooting that sent shockwaves across Canada and right to the office of then Ontario Premier Mike Harris.

George’s death was eventually at the heart of the lengthy Ipperwash Inquiry.

His cousin, Marshall George, is now a band councillor with Kettle & Stony Point. He sees the deal as a potential resolution to a decades-long struggle.

“It’s been a long hard battle for the people — not only the chiefs and councils, but there’s a lot of elders and other people who pressured the government,” he said.

Several First Nation members have told Postmedia they have concerns about the proposal. Though they declined to offer specifics, they suggested new land-claim signs popping up in the nearby community of Lambton Shores underscore the divisiveness felt over the offer.

George, however, believes most of his community will support the deal.

“We could vote as a people and say no, but it would take another 25 to 30 years to renegotiate something,” he said. “I think it’s the very best deal we’re going to get. We get the land back and we’ll have to make it go from there.”

In 1938, the Ontario government purchased the land to develop Ipperwash Provincial Park from people who’d acquired it from the federal government.

In 1942, the federal government used the War Measures Act to seize nearby native land and create a military base, Camp Ipperwash. A promise was made to return the land to its native owners after the war, which didn’t happen.

On July 29, 1995, native protesters occupied Camp Ipperwash, and later that summer took possession of the adjacent provincial park, leading to the standoff that resulted in the Sept. 6 shooting death of George, 38.

Kenneth Deane, then an acting OPP sergeant, was eventually convicted of criminal negligence causing death. He later resigned from the force and died at age 45 in a 2006 car crash.

The larger question, though, revolved around why police confronted unarmed protesters that day — and whether political pressure from Queen’s Park played a role.

Much of the $95-million settlement now being offered to the community is likely bound for a fund for community development projects, Marshall George said.

The proposal doesn’t address neighbouring beach lots acquired by the Department of National Defence that were later sold to private interests, according to documents obtained by Postmedia. That is the subject of another land claim between Kettle & Stony Point and Aboriginal Affairs and Northern Development.

A spokesperson with Aboriginal Affairs and Northern Development Canada said they were unable to meet a Friday deadline to provide information.