No cars on beach this summer

admin Posted on March 26, 2015 Posted in In the News, Vehicle Barriers

There will be no cars on the Centre Ipperwash beach this summer, says the  Ipperwash Beach Management Working Group.

After fears that vehicles would be driving along Ipperwash Beach this summer, an agreement has been reached between local officials, community members and First Nations to temporarily ban traffic on the beach.

The agreement was hammered out Tuesday and will be in effect throughout the summer.

Negotiations are continuing to find a long-term solution after members of the Kettle and Stony Point First Nations made a bid to reclaim the land by removing barricades.

The First Nations said they removed the municipal barricades to reconnect the trail that historically linked the Kettle and Stony Point Nations.

The association will hold a public meeting Sunday afternoon at the Port Franks Community Centre from 1 to 4 p.m.Representatives from Aboriginal Affairs, Lambton Shores, Kettle and Stony Point as well as the Centre Ipperwash Community Association met again in London earlier this week, committed to achieve the target of April 30th for finalizing a common plan for beach usage.

At Tuesday’s Lambton Shores regular meeting, mayor Bill Weber said he was pleased the meeting was “productive and all parties have agreed there will be no driving on Centre Ipperwash Beach for 2015, with the exception of emergency vehicles, but public access will be maintained.”

This group has been working towards a solution after the public outcry since Kettle and Stony Point First Nation took down the gates blocking vehicle access to Ipperwash Beach on Lake Huron on December 5th, 2014, saying the route encompasses the band’s “historical trails” and that the community wasn’t consulted when the no-entry gates first went up in 1972. Members of the First Nation have long walked along the beach, but the addition of vehicles sparked safety and environmental concerns among residents. Lambton Shores Mayor Bill Weber said since those December actions, “We are hoping that cooler heads prevail, the municipality  wants clarity from the senior governments on just how this beach can be used.” Requests for meetings to help resolve the dispute over the three-kilometre stretch of sand along Lake Huron were sent to the provincial and federal governments and they have been meeting towards a resolution since the first of the year.

Weber said  of their meeting in London, ” To support this position, the Municipality, Centre Ipperwash Community Association and the Chippewas of the Kettle and Stony Point First Nation have agreed to endorse signage and undertake other interim measures to support and enforce this position.

At the council meeting Tuesday, Ipperwash councilor Gerry Rupke expressed his thanks to the mayor. “This agreement came about due to the mayor’s diligent working outside the meetings towards a solution. This would not have happened without your input.” Weber said there are still a lot of details to be worked out and a lot of people worked together, following a process to get where they are at this point.

The Working Group will continue to meet in order to develop a longer term model for beach use that is focused on protecting and promoting recreational, historical, and environmental features of the area.

via No cars on beach this summer | Lakeshore Advance 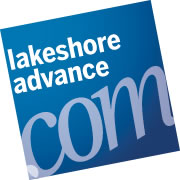