admin Posted on December 5, 2014 Posted in In the News 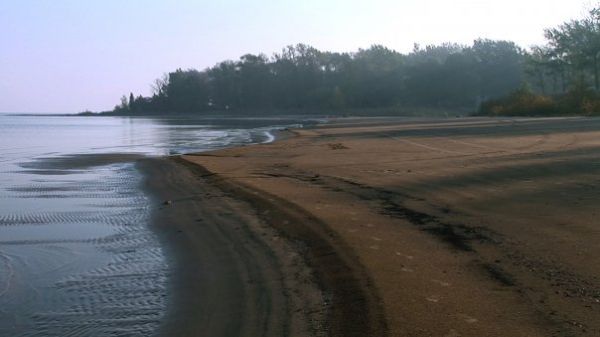 “Access to the historical trail along the beach between the two communities of Kettle and Stony Point First Nation have been opened to the public once again,” said Bressette. He said improved accessibility to all sections of the Ipperwash beach had been a part of the go forward plans for the Ipperwash Beach Management Strategy which began to be implemented in May when paid parking was introduced by the Band and west Ipperwash property owners.

The municipality was made aware of Bressette’s plans Thursday evening and mayor Bill Weber says staff is currently on site. Members of the AWest Ipperwash Association, including Lambton Shores councilior Gerry Rupke are also on site.

Bressette told the Lakeshore Advance they were hoping for co-operation from Lambton Shores for help with things like putting up no parking signs on access roads, he said. The municipality was not willing to pay out taxpayer dollars or liability for a beach that was not theirs. At a meeting last year Bressette said they don’t need municipal authorization to go ahead with their plan. He said Bressette said they are waiting for the transfer of the Ipperwash Park to the First Nation people and hope to also co-manage the Crown lands that are the parking lot comfort stations as part of the transfer of the park. He said the province has no funding for the parking lots now and with their (First Nation) help, they will be better operated.

Of the removal of the barriers, Bressette explains that in recognition that the First Nation had never been consuted by any level of government when the documented historical trails were barricaded (1973), “Our First nation has chosen to exercise our jurisdiction in reopening this travel route once again for the benefit of our First nation members in addition to all residents and visitors to our communities.”

Bressette says the Ipperwash beach Management Study will continue to be reviewed and implemented over the course of the next several years. “The documented historical trails along the beach and through the forested areas between the two communities of Kettle and Stony Point are an integral part of the go foreword plans and discussions will continue on the potential for the development of a heritage/culture centre for education and cultural purposes.”