admin Posted on March 14, 2015 Posted in In the News, Letter Campaign, Vehicle Barriers 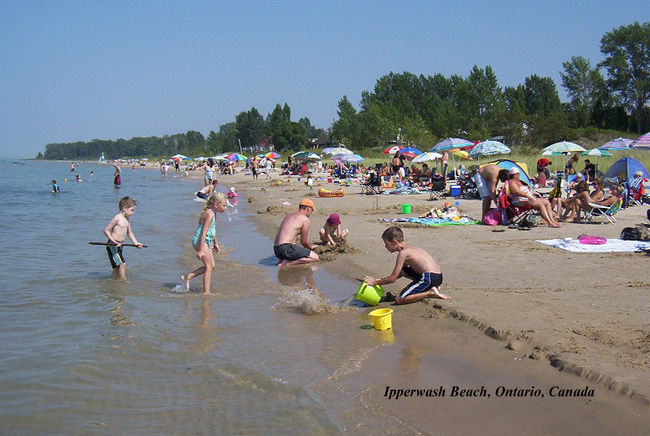 The bottom line is Ontario’s Attorney General does not deal with criminal charges and that was the message from Madeleine Meilleur back to Lambton Kent Middlesex MPP Monte McNaughton in response to his letter regarding Ipperwash Beach.

In his February 4th letter, the MPP he told the Attorney General on the morning of December 5th his office communicated with her office by means of a voice message informing of a situation that had taken place at Ipperwash Beach in the Municipality of Lambton Shores.

“ The message was that members of the Kettle and Stony Point First Nation were preparing to demolish certain barriers and gates which, for the past forty-two years, have restricted vehicular access to Centre Ipperwash Beach. The demolition was completed later that morning and was witnessed by, amongst others, members of the Ontario Provincial Police,” said his letter.

“The four barriers and gates had been erected on the boundaries of property owned by the Municipality of Lambton Shores (the road allowances) and property privately owned by various title holders. The purpose of the barriers was to keep the beach safe for pedestrians, and to preserve an environmentally sensitive area. Signage erected by an association of cottagers at Ipperwash indicating, inter alia, that beach use by the public would be at one’s own risk, was also removed on December 5th.”

McNaughton told the Attorney General property owners at Ipperwash hold title deeds that describe the ownership of their properties as running “to the water’s edge.”

“Furthermore, as a result of a drowning in 2003 by a member of the public, cottagers at Ipperwash were sued for their liability in the accidental death (Court file # 43678/04). The statement of claim listed several instances of inadequate signage to warn of dangers and hazards associated with use of the beach. While the suit was settled before the court date in 2004 the upshot has been that the Ipperwash cottagers have been forcibly reminded that their liability also runs to the water’s edge. Many Ipperwash cottagers believe that if the barriers to vehicular traffic are not replaced they will find themselves further liable for possible accidents between motorized vehicles and pedestrians.”

His question to Meilleur had to do with the enforcement of law and the protection of private property.

“Should the demolished barriers and gates be re-erected, either by the Municipality of Lambton Shores or by individual property owners, will you instruct the Ontario Provincial Police to protect these installations from a repeated instance of vandalism and theft ?”

She went on to say the Ministry of Community Safety and Correctional Services has general authority over the delivery of police services in Ontario, although the ministry does not have a mandate to become directly involved in law enforcement.

“The Ministry of Aboriginal Affairs is supporting the Municipality of Lambton Shores and the Chippewas of Kettle and Stony Point in their discussions as they seek solutions to the issues raised,” said Meilleur in her letter back to the MPP.